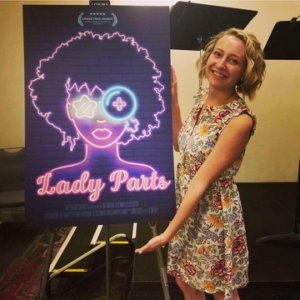 Bonnie Gross is a proud Ravenclaw, popcorn enthusiast, and avid watcher of every season of Survivor since it aired in 2000 (she may have even tried out for the show). She is a comedy television and sketch comedy writer/producer, who likes to tell the stories of strong and dynamic females. Her work is inspired from personal experiences, which she writes about in depth on her blog at www.bonniegross.blog. Bonnie hopes to change the conversation revolving around female health care and sexuality with her most recent script, “Lady Parts,” but also wants to push the boundaries of how we view young women in today’s society.

Originally from Philadelphia, PA, she decided to journey to the University of Alabama for her undergrad. Roll Tide! In June 2017, she bought a one-way ticket to Los Angeles in hopes of becoming a television comedy writer. A week after buying the flight, she was accepted into the UCLA Professional Program for comedy television writing, which she graduated in May 2018. While going to classes at night, she worked full time as a post-production supervisor at Encore Hollywood.

Her biggest accomplishments are purchasing a tempurpedic queen mattress after sleeping on an air mattress for 3 years, traveling to over 25 countries, and winning the grand prize for ISA’s 2019 Table Read My Screenplay Hollywood for her script “Lady Parts.”

Just when she thought she was settled into Los Angeles life on her fancy new bed, she received an amazing opportunity to work as a comedy writer/producer for It’s a Southern Thing in Birmingham, Alabama and has been working there since October 2019.

Paige has always wanted to be an investigative journalist, but she never thought her own struggles with female health and sexuality would become the center of her stories.