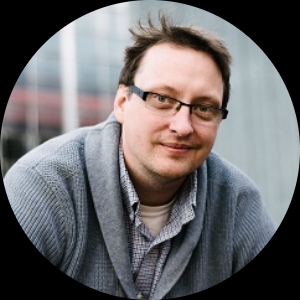 Bob Gurnett is a writer, comedian, and fun uncle based in Brooklyn, NY. Originally from Nebraska, Bob has used his folksy wit to delight audiences and readers for over a decade. Bob’s comedy walks a tightrope between absurd and sincere, bouncing between observations on family, love, and 1950s Noir Detectives. He was nominated for Class Clown in high school and has been chasing that high ever since. Bob has written for Sterling Publishing, Chronicle Books, and Huffington Post. He produces the popular, long running Brooklyn comedy showcase, No Cool Kids and his stand up has been featured on Crom, Beast VIllage, and Hudson Valley Comedy Festivals.

A down on his luck man returns to his home town to find it griped by an occult force and the only person who can help him unravel the mystery is the village idiot.