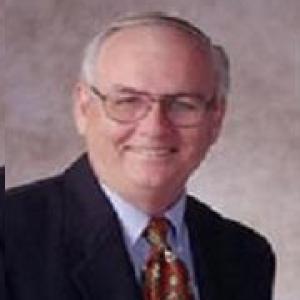 I am a screenwriter. I write high concept stories that entertain. The initial attraction of my stories is a title that invokes captivating attention all within a marketable budget range for the genre.

I am mindful of a target audience and a transformational journey that bankable actors would be excited to immerse themselves.

Clear and tension-filled conflict in the second and third act that drives home the excitement that an audience wants to see enabling a producer to cultivate a story they can successfully market.

Throughout the protagonist's journey, I develop conflicts, relationships, and endings that cause buzz and elicits provoking thoughts from the audience. These are but a few of my attributes in writing.

Pearl River known by locals as the “Garden of Eden” of the South. For two black boys, it is a garden infested with the weeds of corruption that could cost them their lives. David Cohen, a young, inexperienced attorney defends one of the two black boys accused of the murder of a white Deputy Sheriff. He soon discovers their innocence. And the murder is a result of corruption involving the Sheriff and County Judge. The same judge presiding over the trial for murder. The same Sheriff that gathers crime scene evidence. David probes deeper into a web of lies, secrets, and deceit. Ultimately, he learns a shocking revelation. The judge has a “love child." But you couldn’t call it love. Mysteriously the KKK murdered the child’s mother eighteen years prior, however… unknown to the judge his “Baby Moses” survived . . . and his love child is now the defendant. To make matters worse, David’s father-in-law, secret head of the local KKK, covertly works against him, at the urging of the County Judge, to target the deputy’s widow and David for assassination. David faces insurmountable odds. All the forces, including the FBI and the Deputy's widow, out for vengeance, work together to administer justice where justice is a charade. If you like the concept of PEARL RIVER, I’d be honored if you would review the script.