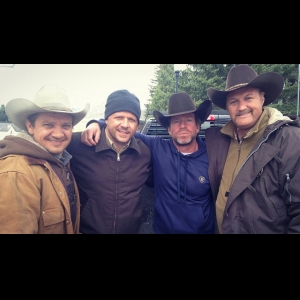 IN THE LAKE OF FIRE is 2021 Nicholl Fellowship semi-finalist, and Page Awards Finalist.

Blake is an award winning director, writer and actor. His feature film writing and directing debut THE SUBLIME AND BEAUTIFUL world premiered at the Slamdance Film Festival before moving on to win 8 Grand Jury awards at film festivals around the world, and securing distribution through Candy Factory Films. His second feature THE SCENT OF RAIN AND LIGHTNING based on a NY Times Best Selling novel from Nancy Pickard, starring Maika Monroe, Maggie Grace, Will Patton, Mark Webber and Bonnie Bedelia among others, world premiered as the Opening Night Film at the Atlanta Film Festival went on to win 9 Grand Jury Awards. Theatrical release in early 2018 with SP Releasing

As an actor Blake’s best know to television audiences for his performance as Dave Brass on the critically acclaimed HBO’s series OZ, as Tom Halpert on the NBC hit comedy THE OFFICE, and for appearing in the cult hit FIREFLY from creator Joss Whedon. Film work includes WIND RIVER for director Taylor Sheridan, the MARTYRS remake for Blumhouse productions, THE UGLY TRUTH opposite Gerard Butler, and the cult hit RUBBER.

The Sublime and Beautiful (Slamdance World Premiere), The Scent of Rain & Lightning
« »

MY EMPIRE OF DIRT

A mother struggling with postpartum depression is fired from her job as a motel maid for having to bring her two young children to work. Her husband takes on an illegal truck-driving gig to try to break even.