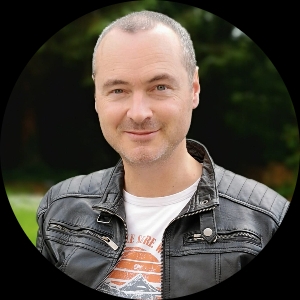 My name is Billy Reid. I can be found on IMDb. My screenplays have won and been placed in several established writing competitions. These include Page International, ScreenCraft, Final Draft's Big Break and many more.

My thriller TRAPPED has been optioned by Night Fox Entertainment, who have produced films starring Andy Garcia, Margot Robbie and other credible actors. My horror THE FOREBODING has been optioned by producer Nick Young, whose credits include the forthcoming film Man & Witch starring Christopher Lloyd and Sean Astin.

My latest sci-fi/thriller A MATTER OF TIME received great coverage from WeScreenplay, who gave it a CONSIDER and a marketability of HIGH. The script has just been given a major rewrite prior to being listed on The Black List.

I have also listed my new horror/thriller VENGEANCE NIGHT.

A MATTER OF TIME

An incurable man-made virus is destroying the human race. A science teacher is given an opportunity to travel back in time in a desperate attempt to change our fate.