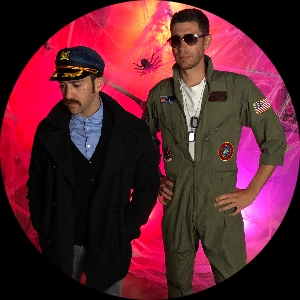 Ben and Filipe are screenwriters and filmmakers with an affinity for character-driven, inclusive, and commercial stories that bring neglected social issues to the fore. They are 2020 Black List Feature Lab alums, in which they were mentored 1-on-1 by Beau Willimon and Jack Thorne.

Their unique perspective is highlighted by their different backgrounds. Filipe immigrated from a small town in Portugal while Ben grew up in Connecticut. They have experience pitching and landing high-level pitches, as well as working in many genres and formats. They have projects in various stages of development, including a coming-of-age book adaptation, a Portuguese-based cerebral thriller, and an animated comedic satire. They are currently writing their newest feature, a high-concept spin on the police procedural. Over the past few years, their writing has gotten them several meetings across town. This includes Netflix, Lionsgate, Amazon, Hello Sunshine, Gunpowder & Sky, Jackal Group, FX, & Village Roadshow to name a few.

On top of film and TV experience, they also have years under their belts working as cultural forecasters and brand consultants. They analyzed everything in culture (be it pop, arts, politics, even financial markets) in order to create insights that were later sold to the company’s clients. They also have experience writing insights & long-form articles for various companies.

While looking into a client's murder, a Los Angeles social worker stumbles upon a corruption scheme in the wake of the 1987 Whittier earthquake.

Eli Timothy, a 20 year old pushover, dies in a freak accident and is given a new job at the Gates of Heaven... to be God’s personal assistant.

Four L.A. moms get more than they bargained for when the garage band they formed to cope with life’s everyday stresses ends up at the forefront of the music industry

An ensemble comedy that follows the eccentric bullpen of the Brooklyn Knights, and how they handle the pressure while waiting for their opportunity to shine.