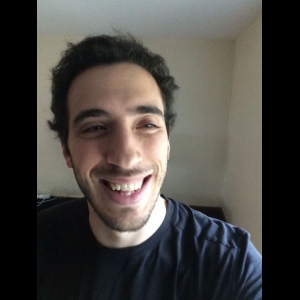 Ben's writing has been recognized by the Nicholls and Sundance/Sloan and has placed in competitions by The Tracking Board, Scriptapalooza and dozens of others. For a complete list, please see https://www.linkedin.com/in/atavisionfilms/.

Writer and director Ben Feuer learned his craft as a storyteller at two of the top film schools in the country, Wesleyan University and Columbia University, from filmmakers including Joss Whedon (Avengers) and Ira Sachs (Little Men). After graduating, Ben worked with Oscar nominee Peter Hedges (What's Eating Gilbert Grape) and Sundance winner Patrik-Ian Polk (Noah's Arc), among others, producing and story-editing films and shows for Disney, BET, Amblin and LOGO.

His films have screened at Clermont-Ferrand, Outfest, Frameline, DC Shorts and dozens of other festivals, were distributed worldwide through companies such as Shorts International, Ouat! Media, Mini Movie Channel and OML, and were viewed over half a million times online. Next year, Ben's debut feature as a director, Lust Life, will hit the international festival circuit in Fall 2018. Featuring a talented cast including TV up-and-comers Jake Choi (Gotham) and Jeanna Han (Scream Queens), as well as Obie and Tony-winning actor Bill Irwin, the film is an edgy drama set in the world of polyamory, written by former newspaper columnist Stephanie Sellars.

After his wife goes missing, an absentee father is forced to take his two sons to the remote cabin in Alaska where he lives. An unexpected storm turns their wilderness adventure into a struggle for survival.