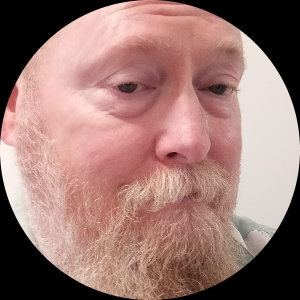 Bear Kosik started his fourth career as a writer in June 2014. His screenplays and teleplays have received several awards and many laurels. Five of his short plays have premiered in NYC festivals and have appeared elsewhere. A full-length was part of NY Summerfest 2018 and had a three-week residency at The Players Theatre in Manhattan. He has (co)authored four novels and a book on democracy that explains how he predicted Donald Trump’s victory over a year before the election. His fiction, poetry, photo art, and essays have been published by Third Flatiron Press, River & South Review, Calliope, Windmill (Hofstra University), Weasel Press, opednews.com, and others.

A cowboy couple on the rocks, a bi-curious tourist, a lovelorn bartender and his promiscuous delivery driver, a middle-aged drag queen, and a leather shop owner cross paths in this ensemble musical-dramedy set during International Gay Rodeo weekend in Denver.

BETWEEN PANIC AND DESIRE

Reality takes a detour when three siblings reunite after one has crashed a car into a tree and a psychiatrist tries to uncover the real story.