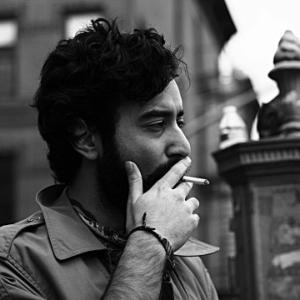 Born in Tehran and based in New York City, Babak Mehrabi Parsiyan is an actor, writer, director, and composer. He started his professional writing career in 2006 by publishing his first novel Call of the Devil ( as Babak Parsiyan) when he was 15 years old. After years of writing, directing and acting in school theater productions, he finally began his professional career in film in 2010 by acting in the short film Zero for Conduct. It was a short dark comedy about the suppression in the school system of Iran written by him and directed by Siavash Shahabi. The film became the official selection of Schnit Film Festival, Switzerland.

Furthermore, his collaboration with Shahabi resulted in the production of 4 shorts and a feature film and all of them were well received in international film festivals such as Schnit (Switzerland) and Berlin (Germany).

Mehrabi's first feature debut was The Tale of Allen Grey in 2013 that established him as a filmmaker.