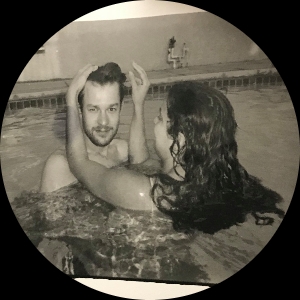 B. S. Carter began his writing career in second grade writing one-page (wide rule) sequels to movies like The Terminator.

B. S. attended the University of South Carolina (the other USC) and graduated with a Liberal Arts degree in Media Arts. While in college, B. S. won the Havilah Babcock Short Story Prize for his short story “Guts,” in which a high schooler tries to stop his best friend from committing suicide.

After college, B. S. moved to Los Angeles with his wife. There, for nine years, he wrote, rewrote, PA-ed for free, PA-ed for money, smoked, worked as a reader at production companies, gave up smoking, and couldn’t get arrested as a writer to save his life.

Eventually, B. S. and his wife and son left California (in a sandstorm) and moved back to South Carolina. There, oddly enough, he sold three short scripts (two comedies, one thriller) and optioned one low-budget action feature screenplay. Additionally, B. S.’s feature and pilot scripts have collectively ranked at the finalist, semi-finalist, and quarter-finalist levels in contests as varied as Screencraft, WeScreenplay Diverse Voices, Fade In, the South Carolina Underground Film Festival, and Project Greenlight.