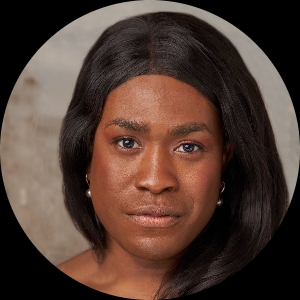 Ava Davis, a recent Sundance Institute Fellow as part of their inaugural Trans Possibilities Intensive, is a transgender actress, writer, and filmmaker living in Atlanta, Georgia. Davis is also known as the Duchess of Grant Park. She is also an advocate for increasing trans and queer representation, especially that of black and other minorities. She founded her production company, Studio Vosges, in 2019 with the expressed purpose of telling the stories of queer and trans (GSM) black, brown, and beige people.

Davis holds a Bachelor of Arts in Comparative Literature, with a focus in art history, film, and creative writing, from the University of Georgia, and has made Atlanta her home, along with her partner and their pets.

Davis has acted in, written, and produced several short films, including Feast, The Decision and the award-winning short film, Duchess of Grant Park, about a woman who claims the Grant Park neighborhood of Atlanta as her duchy. The short film had a budget of approximately $20,000; $5,800 of which was successfully crowdfunded. She was also the lead in the independent film, The Bitter Better.

Ava Davis’ stage credits include The Laramie Project, It’s A Generational Thing, and Locked. In addition, she has performed with the One Minute Play Fest, including a special performance in collaboration with the Queens Theater in New York City to celebrate the 50th anniversary of Pride. She also performs sketch comedy and collaborates with Critical Crop Top and Black As F*ck.

The Duchess of Grant Park, The Bitter Better
« »

After an attempt at adoption, a Gay, HIV-positive couple decides to take an alternate route in an effort to start a family.