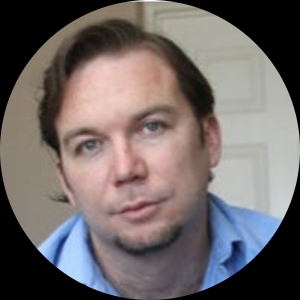 Austin Savage received his MFA in Film & Television Writing from Emerson College in 2021. He is a Nicholl Quarterfinalist, Black List x Hornitos "Take Your Shot" Winner, and presently in the Sundance Lab Development Program.

He is a 2009 graduate of the UTEP Department of Theatre of Dance. He was the director of the department's 2008 award winning In the Boom Boom Room and the recipient of the 2009 Kennedy Center/American College Theatre Festival Meritorious Achievement Award for Directing.  He has twice worked at the John F. Kennedy Center for the Performing Arts, including as an Assistant Director for their MFA Playwriting Workshop in which he helped develop Norway, an original work by Obie Award and MacArthur Genius winning playwright Samuel Hunter.  In 2010 he was named an Observership Fellow by the Society of Directors & Choreographers.  As part of his fellowship he Assistant Directed The Good Negro by Tracy Scott Wilson at Chicago's legendary Goodman Theatre under the direction of acclaimed director Chuck Smith.

In 2010 he founded The Border Theatre, a performance ensemble dedicated to developing and performing original and world premiere works as well as educating the El Paso community in the artistry of theatre. Through the Border Theatre he has received multiple grants for the development of new work and community education programs.  Since its inception the company has produced over 150 original works in various spaces all around the border region ranging from play readings to full-length devised works based on the theories of Augusto Boal, Jerzy Grotowski, and Raul Valles.

In addition to his work at The Border Theatre he has worked as an independent actor, director, writer, producer, and casting agent. His body of work led to a nomination for the 2015 Texas Medal of Arts Award by the Texas State Legislature.