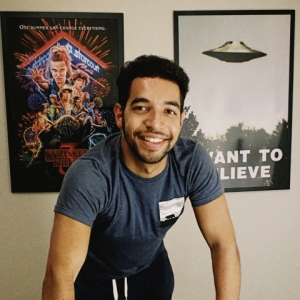 Following various failed attempts to be "cool," Austin has settled into his role as a pop music, roller coaster, and film nerd. He currently resides in LA in an apartment that's on a slight angle, thus he is unable to open the fridge without holding onto the door the entire time.