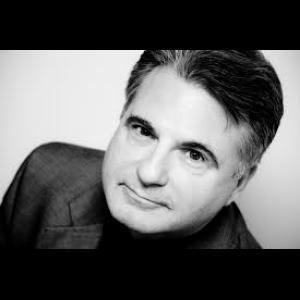 Armando Pandola is a prize-winning playwright who has written plays in almost every genre. His Forrest! A Riot of Dreams, a play about America's first acting star, Edwin Forrest, The Prince, about a popular but corrupt politician (co-written with Bill Van Horn) and Dino! Dean Martin at the Latin Casino, a play with music about one of America’s great entertainers, all premièred at America's oldest and largest subscription theatre, The Walnut Street Theatre in Philadelphia, Pa. His trilogy about post-9/11 America, Terror at the While House, Devils Also Believe (A Smith Prize Finalist for Best New American Play) and Homeward Bound (the story of three wounded soldiers' journey to find new lives) has been produced in Philadelphia and New York. He has had over a dozen new plays produced, including Zelda & Scott - Boats Against the Current, Mrs. Warren’s e-Profession, The Gift of Giving, Hedda Without Walls and Friends for Life.

Humans have destroyed their home planet and now seek another one to continue the human drama/comedy. And just as on Earth, there are battles to be fought, wars to be won and enemies to be destroyed. Can humans change their destiny and make a better world?