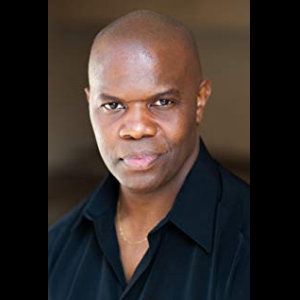 Antonio D. Charity is from Surry County, Virginia. He received a BFA degree from Howard University’s Department of Theatre Arts where he was an acting major. After graduating from Howard University he moved to New York City and performed on stage in Off-Broadway, regional and community theaters around the country. Most recently he played the title role of Caesar in Shakespeare’s “Julius Caesar” at the Griot Theatre of the West Valley in Los Angeles.

His TV credits include appearances on “Charmed”, “House”, “The Shield”, “Law & Order”, “All My Children”, “Nip/Tuck”, “True Blood”, “Southland”, “Medium”, “Numb3rs”, “Bones”, “Sons of Anarchy”, “Shameless”, “Grey’s Anatomy”, “NCIS: Los Angeles” and many others, including recurring roles on HBO’s “The Wire”, Showtime’s “House of Lies”, Comedy Central’s “Tough Crowd With Colin Quinn”, Amazon’s “Bosch” and “Get Shorty” on Epix. He has also been directed by such notable talents as John Wells (Showtime’s “Shameless”), Don Cheadle (Showtime’s “House of Lies”), Antoine Fuqua (Allstate commercial), Chandra Wilson (ABC’s “Grey’s Anatomy”) and Charles S. Dutton (HBO’s “The Corner”). He played a supporting role in the film “Hunter Gatherer”, starring Andre Royo. He has also appeared in made-for-TV movies on Lifetime (“Carnal Innocence”, starring Gabrielle Anwar and Colin Egglesfield), HBO (“Something the Lord Made” with Mos Def and Alan Rickman), SYFY (“Hydra”) and NBC (“The Prosecutors”). And he also appeared in the Transformers movie “Bumblebee”, playing Bill the mechanic.

Members of the faith community and members and allies of the LGBTQ community have an explosive debate over dinner!