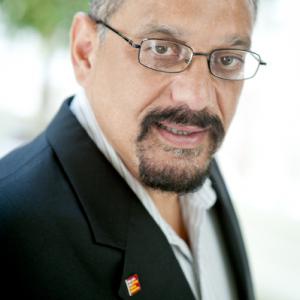 Anthony Papa is an artist, writer, noted advocate against the war on drugs. Papa has been interviewed by a wide range of national print and broadcast media including The New York Times, The Washington Post, The Nation, National Public Radio, “Democracy Now,” Court TV, “Extra,” C-Span, WPIX, RNN among others. His art has been exhibited widely from the Whitney Museum of American Art in New York to many cultural centers, and he has appeared on nationally syndicated talk shows such as CNN's Your Money, MSNBC Live withTamron Hall, “Charles Grodin,” “Geraldo Rivera,” and “Catherine Crier Live.”On 12/31/16 Papa received a pardon from Gov. Andrew Cuomo and became the first person in NYS history to receive both clemency (from Gov. George Pataki 1997) and a pardon

THIS SIDE OF FREEDOM

"HE painted his way to freedom... then help free those left behind"