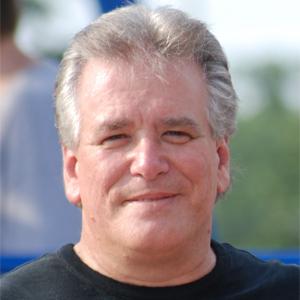 Anthony Galizia is Vice President and Partner at Meta4 Creative Media, as well as Chief Executive Officer, Partner, and one of 3 in a team of writers at Area 14 Productions, LLC., overseeing all aspects of production for both companies including budget, creation, development, writing, editing, marketing and client relations. The teams at Meta4 Creative Media and Area 14 create multi-platform content in all genres of both fiction and non-fiction feature film and television, as well as Reality television. Before creating and partnering in Meta4 Creative Media, Mr. Galizia co-created and became CEO of Area 14 Productions in 2012 with partners Danny Klapadoras and Al Burrows. Prior to that, Mr. Galizia was Production Manager and Supporting Actor at Jerico Pictures of “The Handymen”, a proposed television sitcom pilot, with Jerico Pictures. Mr. Galizia is also Partner, Executive Producer, Contributing Writer and Production Manager at Shadowglade, LLC., co-creating “Shadowglade”, a feature film and proposed television series recognized and chosen as an entry into the 2015 Fort Lauderdale International Film Festival. Mr. Galizia co-created and became Vice President of Meta4 Creative Media, LLC. In 2016 with partner Danny Klapadoras, dedicating themselves to creating superior original content. Meta4 Creative Media is currently creating and developing a wide variety Screenplays, TV Series and Reality TV concepts, promising to be a whole new era of production companies, and the future of quality, superior media.

A Vampire and Werewolf trying to lead normal lives as police detectives in the small rural Florida town of Shadowglade are forced to team up with an attractive young Witch and a Catholic Priest to save the world from Demons.

When technology meets mythology, King Arthur, Merlin and the Knights Of The Round Table find themselves in an epic battle to save Britain from a full scale Alien invasion