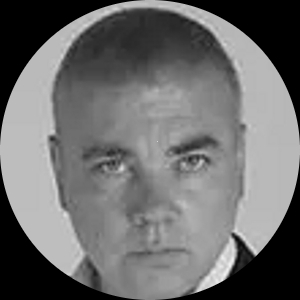 I have been involved in Film and theatre over the past 25 years and worked on-stage as an actor in the U.K's Royal National Theatre alongside Sir Ian McKellen. This was a Trevor Nunn production of Ibsen's 'An enemy of the People' and is proving invaluable to the pursuit of my writing career. I am also an avid reader of novels and non-fiction historical books. The first screenplay I wrote was entitled: 'In the company of heroes' based on my Great Uncle Private James Stokes V.C. who won the Victoria Cross in the second world war. I gave a short interview on the 'History Channel' and the story features in their book: 'The Family History Project' under the title: 'An Unlikely Hero'. My second screenplay was entitled: 'Buccaneers of Brig O' Doon', an action/adventure tale, of which I have written a novelization which is available on the websites of Amazon, Waterstones, WH Smiths. I then completed my Sci/fi thriller: 'Delaney's World' then a thriller/chiller; 'End-Line' which also exists as a novelization having being published by Andrews UK and available on Amazon.