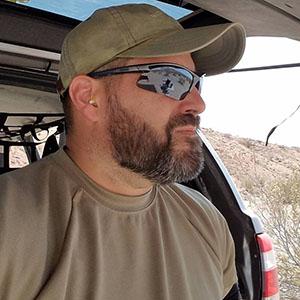 Anthony is a former Abrams tank commander who now writes action. He's a team player who leads and executes. A multi-optioned screenwriter and director, Anthony's screenplays have made the semi-finals at the Austin Film Festival, Screencraft, and the Nicholl Fellowships. His Afghan war drama, "OP Winchester," is on the way to production. Anthony is about vulnerable characters and explosive action. His real-world combat experience gives him a unique voice on violence and its consequences.

In the aftermath of civil war, a band of teen misfits steal the Satellite Module, a radical, new military prototype, and unleash the wrath of a career officer hellbent on protecting the truth behind the government's new military buildup.