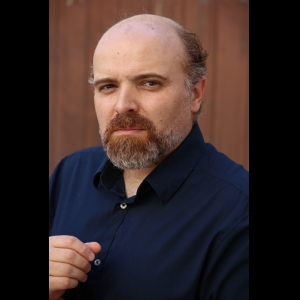 Los Angeles-based North African filmmaker Anouar Smaine lost family members and childhood friends in the Algerian civil war before fleeing to the US as a young teenager. His latest directorial work Battlefields garnered much acclaim in different parts of the world, earning him multiple Best Director, Best Screenplay, and Best Actor awards. It would ultimately screen in over 30 Countries. In late 2018, both Anouar and his lead actor and friend Sean Stone, were presented with the Media Hero Award from New Directions for Veterans; one of the largest Veteran Organizations in the US for promoting tolerance, understanding and dialogue of civilizations.

A Passionate Storyteller and Natural Director, Anouar's multi-cultural background, his experience as a civil war survivor and refugee, his natural ability to truly see people and genuinely connect with them on a human level, put him in a unique position to amplify voices that are rarely heard, and to tell stories that are often overlooked.

After a failed suicide attempt, a Veteran decides to confront demons of her Iraq days. But her new found resolve is quickly derailed when she's picked up by an Uber driver who also happens to be an Iraqi refugee.