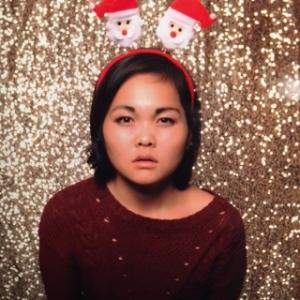 Annie is a writer, illustrator, and forever emo kid.

She's a fourth generation Japanese-American, and fourth-generation Angeleno whose life has been a series of contradictions about what is and isn’t American. She writes about people who struggle to fit in, whether it's because of their skin color, socioeconomic background, or just because they're a little weird.

She has been recognized by Austin Film Festival, nominated for the Humanitas Prize's Angell Comedy Fellowship, and pitched original projects to 21st Century Fox and Adult Swim. Most recently, she was a finalist in the Diverse Voices Screenplay Competition.

When she is not writing for television, she creates illustrated zines that address race, class, and being a struggling twenty-something that can only afford to eat ketchup sandwiches. Oh, and she also self-published "Wallagalore", an illustrated, written novella about a father-daughter road trip to a music festival.

Nova Yamada is a 19-year-old rapper from the San Gabriel Valley. She's got the attitude, rhymes, and talent. The only thing standing in her way is her controlling mom-slash-manager. And the fact that no one takes a Japanese-Vietnamese rapper seriously.