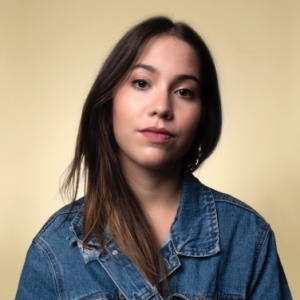 Anna is a 1st generation Cuban-Swedish writer/director and comedian originally from central Florida. She is the creator of the viral webcomic Bad Comix by Anna which chronicles her struggles with depression, and has over 50k followers on Instagram. She is currently writing on the Apple series LOOT starring Maya Rudolph. She is also developing a series based on her comic with Trevor Noah's Day Zero, and recently received a blind script deal with Hulu. In addition, Anna developed a live-action latina-led comedy series for Disney called GENESIS QUEEN OF THE SEA. Anna is one half of the all-latina sketch comedy duo John Baxter, whose videos have been featured in Vulture, Mashable, and more.