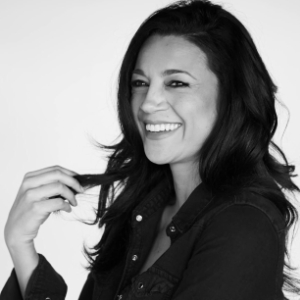 Khaja’s solo play 'Shaheed', which she wrote and performed, enjoyed an extended and acclaimed Off-Broadway run at Culture Project in NYC (home to Sarah Jones, John Leguizamo, etc). Time Out said Shaheed was 'meticulously crafted.' NY Times called Khaja a 'gifted actress,' Backstage called the play 'heart-stopping’ and ‘engrossing, funny, moving and profound theatre' and Edge Magazine said Shaheed was “a one-woman triumph, and a testament to Khaja’s talent, capacity and gifts, of which Hollywood must take full notice.”

Anna is best known for her role as 'Indira' on AMC's The Walking Dead: World Beyond. She also recurs on several television shows, including The Good Place, Silicon Valley, Madam Secretary, The Boys, Tommy (with Edie Falco), FBI (Dick Wolf), For The People (Shondaland), Lethal Weapon, and ABC’s Quantico. She plays a lead in Sujata Day's acclaimed film 'Definition Please' on Netflix.

For all TV/Film credits: www.imdb.me/annakhaja .

Anna has performed three solo shows. She is the recipient of the Los Angeles Ovation Award for Lead Actress in a Play (and has been nominated for a Lead Actress Ovation three times). She is the recipient of the LA Weekly Award for Solo Performance. She starred in the GLAAD award-winning solo play 'No Word In Guyanese For Me,' and was in the US Premiere of David Hare’s 'Stuff Happens' at the Mark Taper Forum.

She is the recipient of the Google x Black List Storytelling Fellowship. She is also a Mentorship Matters alum.

An irreverent half-hour comedic drama that follows Anna Khan, a Pakistani American caught between her pursuit of success in Hollywood and her spiritual journey to authenticity.

WHAT DOESN'T KILL ME

A true-crime obsessed 14 year old girl is embroiled in a murder case that connects to the death of her mother who was once the town's top detective.