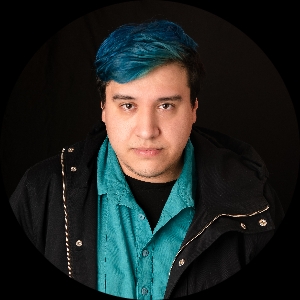 Angel's films often deal with how we navigate our relationships with the people and places that make us who we are. He tackles themes of family, love, and culture- all told through his unique Latinx perspective. In 2017, Angel was accepted into the Mitú /Delta Aeromexico Accelerator Program, where in just 5 weeks he wrote, produced, directed, and edited a 5-min short film in Monterrey, Nuevo Leon, Mexico. In 2018 he was chosen to be a part of the inaugural class of Mayor Eric Garcetti's Evolve Entertainment Fund. In 2019 Angel was one of five EEF Alumni chosen to attend the Sundance Film Festival. He was tasked to create a short documentary on his experience and the film was showcased at the Getty House as part of Mayor Garcetti's Engage L.A. series. Angel currently hosts The Us Podcast.