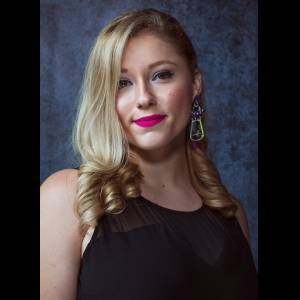 Anca Vlasan was born in Brasov, Romania. She should be out raising cows as a peasant farmer in the rural countryside of Transylvania, just like her babushka grandmother. Instead, she immigrated to America. After growing up in Miami, Anca moved to Atlanta where she was a writer/producer at Adult Swim. She wrote and directed animated network ID’s, strange promo content, and bumps - Adult Swim's iconic black and white text cards. Anca also writes and directs short films under her own production company, Some Blonde Girl Productions. In both live-action and animation, Anca’s work features female-driven comedy with a dark, surreal twist.