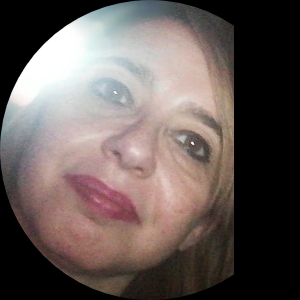 Ana Folhadela was born in Oporto on 03/7/1974. She has a Master's degree in Law by the Catholic University of Porto. She was a Justice Officer, Substitute Deputy Prosecutor and Technician in a Commission for the Protection of Children and Young People in Danger. In 2014, she was awarded, by the Portuguese Association of Women Lawyers, the Prize "Teresa Rosmaninho Human Rights, Women's Rights", 2nd Edition, for the preparation of the study entitled "The discriminatory character of the requirement of other forms of violence beyond the act with the victim's dissent for the purpose of fulfilling the crime of rape. In 2002, she publishes her first book, "A Princesa e a Loba" (The Princess and the Wolf) and, in the same year, in the Christmas Notebook of the weekly newspaper Expresso, the short story entitled "O Anjo da Guarda" (The Guardian Angel). In 2012, her first book is re-edited and included in the National Reading Plan. In 2015, she publishes "A Terra dos Gatos" (The Land of Cats) and, in March 2016, the text "Aquele que nos maltrata" (He who mistreats us), in the magazine Egoísta, nº 57, an issue dedicated to the theme of Betrayal. From 2017, she starts a collection for adults with "The Game of Fear", "Rafael Emanoel Mottrish Isoskov", "The Death Room", "The Death Room II: Taxi Driver No. 538" and "Under the Storm", which is now on its seventh book, "Gabriel Mikael Ivanovich Dimitriev". She publishes a book of reflections, "Autopsy of a growth", and poetry: "After Dying" and another children's tale, "For Alice tonight, the story of monsters". In 2017, she elaborates her first original song, entitled "The Kitten Dream Song" (lyrics and voice by Ana Folhadela, composition and production by Teófilo Granja/ Estúdio T). In 2019 she publishes a digital EP of four original songs, entitled "A Fall into the Fault", containing the themes "Fall", "Everything's Alright Tonight", "The Wise Judge" and "Taken Away by Love's Burn" (lyrics and voice by Ana Folhadela and composition/production Musicforall). In 2021 she elaborates the music entitled "Fall II", with lyrics and voice of Ana Folhadela and composition/production by Teófilo Granja/ Estúdio T.