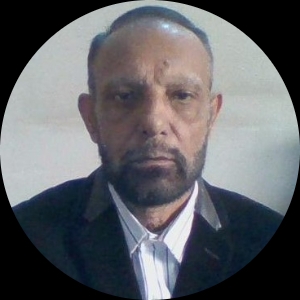 For the first time in May 1978, I wrote a comedy stage play at the school's annual function. Then write a lot of comedy stage shows for Karachi stage. Write several serious plays for Radio Pakistan. I also wrote for Pakistan Television. Then many new TV channels came, then I am writing drama serials, drama series, comedy telefilms, and TV shows for all of them.

The goat is a millionaire. (Telefilm. Comedy.)

Who am I? (Telefilm. Horror. Mystery.)

All this work is written in Urdu. I am still working constantly.

I have also created some stories which are very suitable for English films. So I've been working on it for a few months now. I have written a screenplay of some English short films.

Apart from these, I have also written screenplays for some feature films.

There are so many weird, wonderful, fantastic, fictional, unique ideas in my treasury right now. I'm working on them over time.

Thank you so much for reading about me.

At midnight, Sofia stands alone on a deserted road. Sam puts Sofia in his car. Sam wants to have a good time with Sofia. Sofia does some mysterious things. Sam is scared. Who is Sofia???

A beautiful girl lives in this world even after death, just to take care of her mother.

In a small city, the reign of the Pharaoh of the time is established. A female police officer won a long battle with them but lost her family.