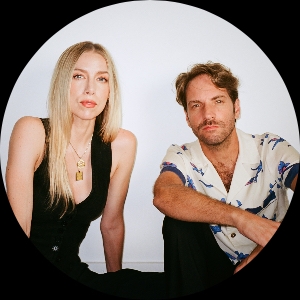 Amanda & Michael Drexton are a husband and wife filmmaking team and have been working together since 2013.

They've written and directed numerous short films including the film "Take Me Back" for the National Geographic TV series, "Genius." The short film garnered over a million views on YouTube and Facebook. In 2019 Amanda & Michael won the Series Fest Storytellers Initiative award for their original series "Forgive Us Father." Together they founded their production company, Artless Entertainment, and have directed commercials, music videos, and more.

BENEATH THE HIGH DESERT

Ren, a young musician on the verge of superstardom, and his influencer/activist girlfriend Devon, are invited by the CEO of a major record label to his lavish home in the small desert town of Joshua Tree for a celebratory weekend, but things take a dark turn when Ren discovers he is at the center of a global conspiracy.