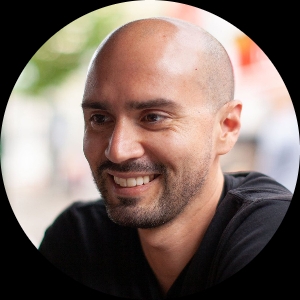 Alonso is an AFI directing graduate originally from Lima, Peru. His thesis film “Wednesday Afternoon” won the Student Academy Award and a DGA Student Award. He has written and directed the feature films “The Story of Luke” and “FIXED,” and has participated in the Film Independent Directing Lab and the Walt Disney Television Directing Program.