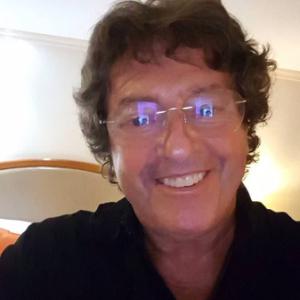 Allan is a full-time professional writer. He has been writing for many years and has completed many full-length screenplays along with 5 shorts, a children's book and series of Musicals.

As a lyricist and music composer, Allan worked with many "A" list artists. He has written and produced scores for Films: "Pop Pirates" and Hammer House of Mystery and Suspense along with many independent video projects.

London West End musicals: Jesus in "Godspel", Jesus in "JC Superstar", Rum Tum Tuggar in "Cats", Tommy in the Who's rock opera "Tommy", Joseph in "Rock Nativity", Various parts in "Jukebox", The Judge in " Hunting of the Snark". He also appeared on the "Royal Variety Show" plus many other TV appearances.

Musicals penned include: The Bee Gee's "Nights on Broadway", "The Show Must Go On" with producer/writer David Courtney, "Ogdens' Nut Gone Flake" with Kenney Jones of the Faces, Small Faces and Who fame, Solo projects also include "Fallout" & "The Idol Maker".

A Pulitzer Prize novel about a multi millionairess on trial for the murder of her lover is the backdrop for a possible Oscar-winning movie in production at Paramount, but as the movie's star begins to mimic disturbing scenes from the film, the cast and crew become fearful.

THE BROTHERHOOD, VILLAINS AND GREEKS

It’s London in the ’90s, and four, not-so-bright brothers, who couldn’t organize a piss-up in a brewery, join forces with an astute ex-public schoolboy, to create a powerful crime organization.

A comical bunch of misfits and a flatulent donkey all searching for an inherited gold mine, manage to piss off a Sioux war chief, a huge land baron, a mutinous Preacher, and the entire Sioux nation, and It’s still only lunchtime?

THE FATHER, THE SON AND THE UNHOLY GHOST

Three NYC vigilantes are engaged by a specialist, “Reprisal Organization”, to eliminate a sex and drug Oligarch and rid the streets of sexual predators who prey on teenage runaways.

The mayor's office inexplicably charges a discredited detective to investigate numerous fatalities within the NY business community, but links between an ex-SAS officer, a mysterious club, and expensive artwork remains an enigma.

THE EXECUTION OF BONNIE B. LEE

With just one hour before her execution, a beautiful young woman is cajoled by the prison Chaplain to revisit her, "Wild Child", existence and her horrifying tryst with a bad boy biker, and satanic forces.