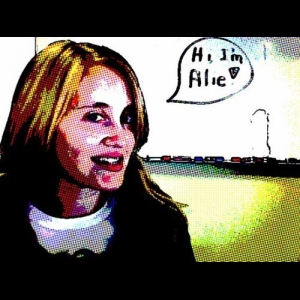 Alison Flierl is a Writer/Producer/Performer/Podcaster/Girl Who Likes Slashes. She wrote for “BoJack Horseman”on Netflix and “School Of Rock” on Nickelodeon. Alison co-created and co-starred in the comedy digital series “Internet Comment Theater" for Mashable.

You can find Alison on Tumblr and Twitter (@2degreesofalie), or at sushi restaurants or ice cream shops around Los Angeles.