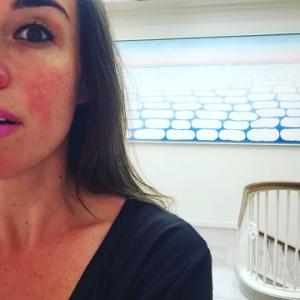 Alice Stanley Jr. is currently a writer for the ultra-femme pop-culture late night talk show BUSY TONIGHT. Previously she served as the writers' assistant for Netflix's WINE COUNTRY, Amy Poehler's directorial debut. She spent four years in the Chicago comedy scene touring with The Second City on gd cruise ships, performing improv several times a week at iO, and writing/producing multiple award-winning sketch and solo shows around the city. As a playwright she won Chicago Dramatists' New Play Bake-Off at The Goodman and the Mary Scruggs Works by Women Festival at The Second City. Her original musical THE VEGAN OF VENICE was produced last summer by The Ethical Society of St. Louis, with two school productions to follow. While in Chicago, Alice was a dedicated member of Ingenuity--the city's arts education program. She began and ran a collection of improv workshops for underserved young women, served as the Education Coordinator for Silk Road Rising's EPIC high school playwriting program, and was commissioned to write for Filament Theatre. This fall her play FEMINIST HORROR STORIES will have a workshop production at Brelby Theatre in Phoenix. She holds an MFA in screen and playwriting from Arizona State, where she specialized in writing female spirituality, comedy, environmentalism, feminism, and theatre for youth. She believes in ghosts and loves pastries.