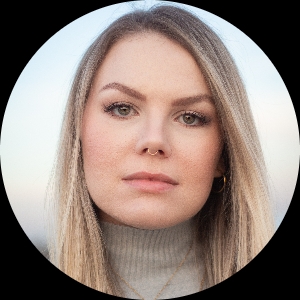 Alica hails from a small town in rural Arizona, where she cultivated her passion for writing and performing from a young age. She escaped her hometown to study theatre performance at the University of Southern California, and has since pursued a career as a bicoastal actor and writer.

After receiving her BFA in Acting from USC, Alica studied Theatre Performance at the CAP21 Conservatory in New York City and apprenticed at the Williamstown Theatre Festival in Williamstown, Massachusetts. Alica is currently pursuing an MFA in Writing for the Screen and Stage at Northwestern University.

Alica is passionate about telling stories that center around mental health and mental illness, dysmorphia, internalized misogyny, and the female experience. Her plays explore the intersections of wellness and identity through complex and relationship-driven narratives.

When local success story Annie returns to her small, southwestern hometown after a ten-year hiatus, she must ask for her old job back at the local bar and confront the consequences of her choice to strike out alone years ago. BREAK tells the heartbreaking story of what it's like to be a woman in a small town, and the consequences of trying to escape, as well as those of staying behind.