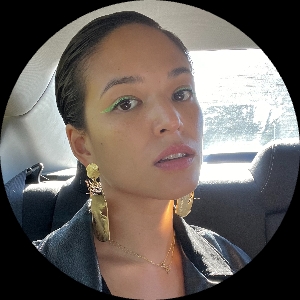 Alex Qin is an independent filmmaker based in New York. Prior to starting a career in film, Alex was a coder, an activist, and an artist.

She is the founder of Emergent Works, a nonprofit software company that trains and employs formerly incarcerated coders. Emergent Works became known in 2020 for building Not911, the no-police alternative to 911 app, and was recently awarded a $1 million grant from Twitter founder Jack Dorsey as well as a multi-million dollar grant from the Chan Zuckerberg Initiative.

During her coding career, Alex became an advocate for diversity and inclusion in tech and an international public speaker. You may have seen her popular talk “Shaving my head made me a better programmer,” (about the sexual harrassment and discrimination she experienced in her tech career) which she has given all over the world.

When her estranged alcoholic sister lands in the hospital after a relapse, Charlie reluctantly agrees to drive her from New York to a rehab in Kentucky. But she must deal with a secret addiction of her own along the way.