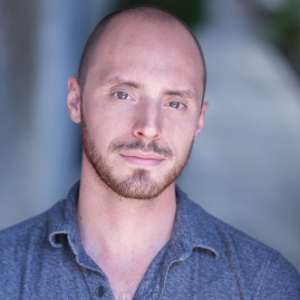 Alex Hanno is an award-winning writer/director who has worked in development for the likes of Broad Green Pictures, Sanders Armstrong Caserta Management and VMI Worldwide. His television pilot, Served, took home a top award at the Catalyst Content Festival (formerly the Independent Television Festival) and his thriller adaptation, A Tell-Tale Heart, reached #1 on the Blacklist. Most recently, Alex wrote and directed his feature film debut, the romantic dramedy Elephants, which is now streaming on Amazon Prime and “fresh” on Rotten Tomatoes. His next script, A Sanctuary For Water Voles, placed as a finalist in Scriptapalooza, Final Draft’s Big Break Screenwriting Contest, and in Austin Film Festival’s Screenwriting Competition. In addition, he has written and directed numerous short films, including the Sunscreen Film Festival selection Lunacy and the Cardiff Film Festival selection The Chameleon, as well as a piece for NBC’s Diversity Showcase. Alex is also a proud member of the Deadline Junkies screenwriting organization, based in Los Angeles.

A lovable Irish criminal plots revenge as he recounts the story of a snarky femme fatale who broke his heart - and his face - after goading his crew to attempt a suicidal heist in the backwoods of Kentucky.

When 3,000 tons of pristine white sand are stolen off a Caribbean beach, a jaded local detective begrudgingly partners with a wide-eyed activist to sober up, crack the case and unintentionally save the very thing he hates most on his island: tourism.

A SANCTUARY FOR WATER VOLES

A wry Welshman returns home to confront his estranged father after ten years away, prompting his eccentric and quick-tempered family to try burying the hatchet during the impromptu family reunion.

A Tell-Tale Heart is a tense and gory re-imagining of the classic Edgar Allan Poe tale that flips the script and depicts a young woman's spiral into madness at the hands of the predatory men all around her.