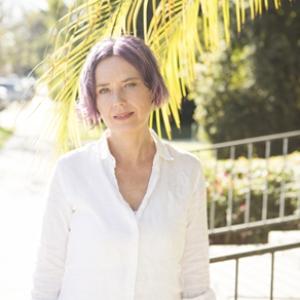 Born and raised in Germany and Spain, Alexa is a US citizen and has resided in Los Angeles since 2007. Her writing credits include prime time, female-centric drama, as well as crime teleplays for German broadcaster ZDF. Alexa has written and directed TV-length documentaries for ARTE, ARD and Canal+, as well as television programs in a variety of entertainment formats for broadcasters ARTE, ARD, VOX, and Kabel 1. Alexa’s award-winning documentary feature début “Weekend Warriors” had its international premiere at the Big Sky Documentary Film Festival, and was theatrically released by one of the biggest multiplex cinemas in Germany. From 2010 to 2014 Alexa was the multimedia producer at the Los Angeles County Museum of Art, where she created branded content that was used across multiple platforms. Alexa studied film directing at CECC in Barcelona, at EICTV in Cuba, and screenwriting at UCLA Extension. She writes in English, German, and is fluent in Spanish.