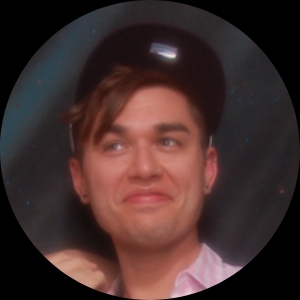 Alex M Langenfeld was born in Minneapolis, MN during Jeopardy (Alex Trebek’s voice is the only thing that calms him down... rest easy, you Canadian treasure). After 13 years of Catholic School full of show choir and yelling-based trauma, he received his BA in Film Studies from Columbia College Chicago and got married in the same month. Alex went on to produce live events in New York City and got divorced by 25 because getting married at 22 was a terrible idea. He then attended NYU's Tisch School of the Arts Asia, moving from Brooklyn to Singapore to pursue his MFA in Dramatic Writing and steamed bao buns at 7-Eleven.

Langenfeld wrote and directed for the "choose-your-own-adventure" app Episode, where his teen dramas "Troublemaker" and "Double Trouble" have more than 100 million reads worldwide. He's also worked in production on TV shows like SMILF (Showtime), Mr. Corman (AppleTV+), and most recently as Associate Producer on Dead to Me (Netflix).

In addition to having an LA Clippers jersey for every day of the week, his favorite Minnesotans are Prince and Babe the Blue Ox, and he’s a marathon runner because he hates having knees that work. Alex writes about complex parental relationships, toxic masculinity, and monsters that work at Chili’s Bar and Grill.