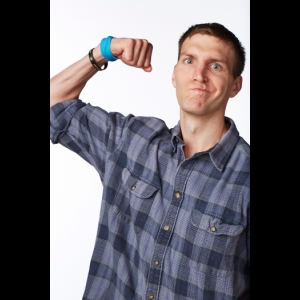 ALEX BREAUX is an actor, writer, and director of films. Since graduating from Harvard University and The Juilliard School in 2014, Breaux has acted on Broadway opposite Ewan McGregor and Maggie Gyllenhaal, had profiles in THE NEW YORK TIMES and ESQUIRE MAGAZINE detailing his work as an actor, and been named a “Top Breakout Performer” by TIMEOUT MAGAZINE. As a director he has written and directed four short films — HOTLINE, SWEET TOOTH, CAKEFACE — and now CAMPFIRE ALPHA. Current projects include acting opposite Vera Farmiga in WHEN THEY SEE US (dir. Ava Duvernay/Netflix), acting opposite Constance Wu in HUSTLERS (dir. Lorene Scafaria, in theaters Sept. 13th), and starring as Adam in DEPRAVED (dir. Larry Fessenden, in theaters Sept. 13th). Upcoming projects include shooting the feature film FOXHOLE and acting in JUDGEMENT DAY at the Park Avenue Armory in New York City.

DON'T BE A PUSSY... Fueled by alpha male positioning, the heartbreaking distance between four childhood friends widens as they reckon with the pressures of adulthood and what it means to be a man.