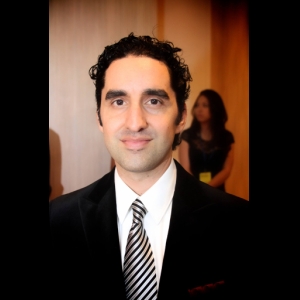 Aldo Pisano is a Latinx writer/director that specializes in bold and inventive comedy. He was born in San Francisco and raised by South American parents. Early on, Aldo excelled in baseball, freestyle rap, and petty crime.

Aldo loves putting Latinx characters into new worlds. His comedy is visual, often dark, and always meant to entertain rather than preach. He is drawn to themes that explore family reconciliation, mental health, and the humanity of the discarded.

He wrote & directed "When the Bomb Drops" starring Emmy Winner Rachel Bloom of "Crazy Ex-Girlfriend". This project was nominated for an Imagen Award for Best Comedy Web Series.

Aldo’s writing credits include "Ben 10" for Cartoon Network. He has also written for the ABC and CBS Talent Showcases.