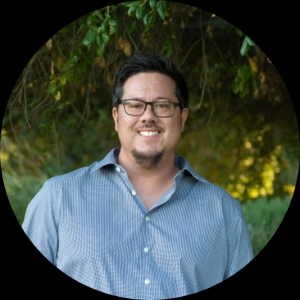 Alan Mah Baxter is a Chinese-American writer whose grandparents entered the country illegally by boat. He grew up in a mixed-race family in the desert town of Valencia, California. Inspired by his grandparents’ stories, he discovered a love for writing and attended Chapman University earning a BFA in Film/TV Production. His work at a local bank provided great fodder for his scripts such as catching a drug dealer laundering money and uncovering a financial advisor sending illicit wires. Eventually, he left banking to be a stay-at-home dad and care for his young daughter with special needs. Despite its challenges, they absolutely love their time together. Alan was selected as a fellow in Variety's High Scribe Writing Lab, Middlebury Script Lab and Screenwriters Colony Episodic Lab. His mentors include Showrunners: Hawk Ostby (The Expanse) and Albert Kim (Avatar: The Last Airbender). Alan also became a finalist in the NBC Launch TV Writers Program. He recently attached Hong Kong Director, Barbara Wong Chun Chun (The Secret) to helm his crime/thriller series GLACIER POINT.