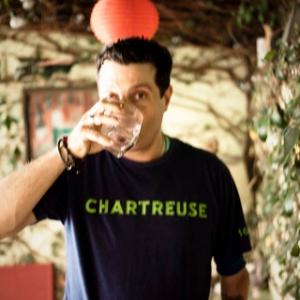 Born and raised in the city of Chicago, Letizia studied and performed theater in his hometown. He was also a student of The Second City School of Comedy as well as Improv Olympic.

Later Letizia was trained at New York University’s Tisch School of the Arts where he crafted his skills as a dramatic writer.

Letizia had his crime-drama Eagle River produced by the legendary, off-Broadway, Ensemble Studio Theater in Manhattan. He was fortunate enough, while at EST, to be mentored by the late, great theater maverick, Kurt Dempster.

The Academy of Motion Picture Arts and Sciences awarded the prestigious Nicholl Fellowship in Screenwriting to Letizia for his script The Dirty Parts.

Chris Jones of The Chicago Tribune critically praised Serendipity Theater's production of his play Alcatraz as one of the top 5 shows of the year and wrote: "Letizia is a deft hand with edgy, relationship-oriented fare that crackles with gender-driven hostility and sexual tension. He writes in a clipped, racy style, and knows very well how to build excitement and keep an audience gripped."

He has since worked with Michael Cuesta, Peter Samuelson and the late-great Debra Hill among others.

His TV Pilot "Single Undead Female" was recently honored by The Tracking Board as a semi-finalist in their 2017 Launch Pad Pilot Competition."

Letizia's God-Given Super Power is his ability to communicate & laugh with people. That's his favorite thing in life.