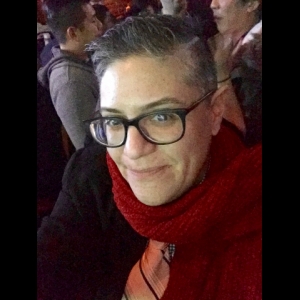 Akiva Penaloza is an award-winning drama televisión and film screenwriter, director and producer from New York City. She attended the prestigious AFI and flourished under the tutelage of Oscar Nominee Anna Thomas (“Frida,” “El Norte,”) and was recognized by Oscar Winner Diane Keaton with a $10,000 scholarship.

Maya Angelou said, “If you learned — teach. If you received — give.” Akiva's

life’s work, then, is to fund a free program to teach, empower and inspire women of color from all social classes to master the art and craft of visual storytelling. Akiva is compelled to give voice to the voiceless and to give rise to the next generation of female storytellers so that no woman's story will ever again be overlooked, ignored or deemed incapable of driving home the bottom-line.