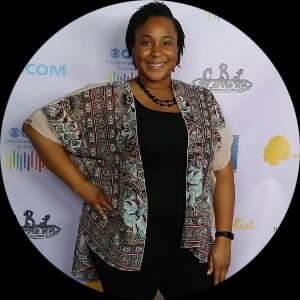 Ajoké Adebesin is a creative storyteller with 15+ years of entertainment experience. She started as a production assistant on 75+ commercials, music videos, independent films, and TV shows. And later became a DGA Trainee on eight TV shows, including PRISON BREAK, DEXTER, and THE MIDDLE. Ajoké also spent some time in the film festival world working for the Outfest Film Festival, TCM Classic Film Festival, and Pan African Film Festival.

And since 2015, Ajoké has been committed to creating diverse and female-driven content that is inclusive behind the camera as well. You can check out those projects at www.ajokeadebesin.com.