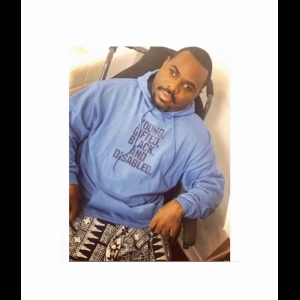 Ajani “AJ” Murray is a professional disabled actor represented by KMR Talent, North Hollywood, CA. His breakout feature documentary film Becoming Bulletproof opened several doors for this aspiring actor who has since played roles in several films. Bardo Blues (2015), Take a Look at This Heart (2018), and Ready To Ride. His breakout television debut role on Drunk History (Comedy Central) has brought notoriety to his passion as an advocate in the disability community. His role in the groundbreaking ABC show Speechless was something he looked forward to since childhood, acting on set with multiple wheelchair users in a sitcom.