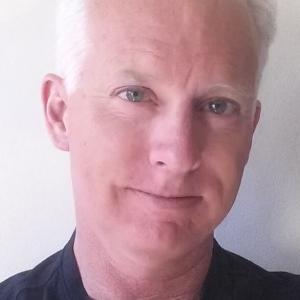 Adam’s work has been optioned by such acclaimed producers as Andrew Mason (The Matrix trilogy), Jim McElroy (The Year of Living Dangerously), John Edwards (The Beach), Matt Reeder (Hearts and Bones) and Bryan Brown (Dead Heart), to name but a few.

He was a recipient of the Bill Warnock Award for SCOTT FREE, and a co-winner of the National Sitcom Festival for his pilot THE WILD BROTHERS with Pete Donovan. His screenplay based on the East Timorese vote for independence, THE QUIET WAR, was a Screen Australia SP*RK winner.

His commissioned works adapting fiction and non-fictional works include the historical drama THE WHITE DIVERS OF BROOME by John Bailey, the youth adventure thriller THE CURSED by Michael Panckridge, and the best-selling survival tale THE BEAR by Claire Cameron.

He's been a regular participant in industry workshops, and has been invited to such renowned script development programs as Stephen Cleary’s Arista, Paul Chitlik’s Treatment Program and Screen Australia’s Genre Workshop. He's been a regular contributor to various film agency development panels and frequently works as a script editor and consultant for writers and producers around the world.

A professional getaway driver in search of a safer life takes up driving escorts for hire where he falls for Sunday, who puts him in more danger than he’s ever known.