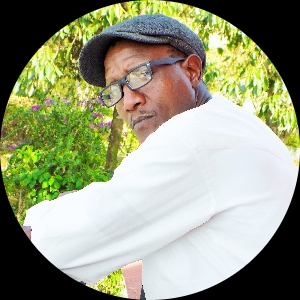 I’m a Screenwriter,Playwright,Filmmaker,Content creator, Director, Actor and Producer. I’ve until now been involved as the Screenwriter,Producer and Director in over 10 short films including; Ghetto hustler, Rat a baby race,Macho Makavu. Tiba, Midnight Sleepers,Maji mtungini and Vitunguu maji. Ghetto hustler which premiered at the Pan African film festival and Rat a Baby race short films are currently available at BeBop film and Tv series,vod platform, based in Harlem, U.S.A. Most of these short films that I’ve written and Produced,have featured in several Local and International Film festivals including, Pan African Film Festival,Obernhausen, BeBop content film Festivals among others.

As a Playwright,I’ve written and Directed 2 full length professional plays.Footprints on me was performed in 2008 and 2009,in Addis Ababa Ethiopia and Southern Sudan respectively.

Over the years I’ve been a Screenwriter in several local T.v drama series including; Heart and Soul, Makutano Junction, The Team,Wingu la Moto,Shika pata potea, Chini ya Mnazi,Utata (Web series) and Maria (Citizen Tv). I’ve been involved in over 10 Local and International feature films including BY ANY MEANS NECESSARY, BACKLASH, FROM A WHISPER, THE FIRST GRADER, KILLER NECKLACE, NAIROBI HALF LIFE, SUBIRA and in the most recently released film MISSION TO RESCUE, which will be representing Kenya at the prestigious Oscar Awards - 2022. I’ve featured in M-net TV series and Film SELINA, KONA, NGORONGO, and MAULIDI. Recently in Nov. 2021, I was the Dubbing Director for the Netflix Series SAKHO and MANGANE.

A depressed woman is trying to come to terms with her ugly ordeal of being raped, and also settling down at the internally displaced refugee's camp and hell breaks loose when her perpetrators are also forced to squeeze in for safety at the refugees camp. The woman can't bear the sight of facing them every morning or sharing the same facilities.