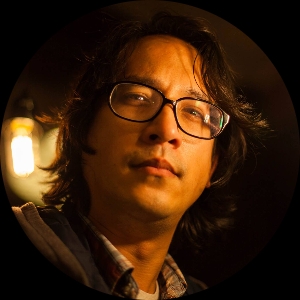 Aaron C. Wong once swam with dolphins as David Gordon Green, Terrence Malick, and Philip Glass watched from the beach. He hopes to continue in the tradition of these artistic heroes of his by crafting work that affects, reveals, and entertains as it also confronts the social, cultural, and political issues of our times. Of mixed Asian-American descent, raised in Memphis, Tennessee, he pursues stories that show how similar we as human beings are in our utter uniqueness and in our need for meaning and connection.

Aaron received a BFA in British Literature from UCLA and an MFA in Film and Television Production from the Savannah College of Art and Design. His various adventures include reading screenplays at production companies in LA, teaching 8th grade in Mississippi, editing for ABC News in NYC, building fences in Kentucky, DP’ing features in Ghana, and helping found an award-winning commercial + stock video production company.

When an adrift college grad tries teaching in rural Mississippi, she meets a precocious student who, like herself, suffers from trauma. They will inspire but also hurt each other through a school year full of irreparable changes for both.