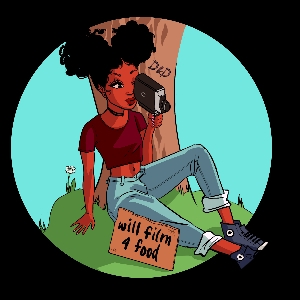 Eboni Price found her passion for filmmaking as a teenager in Birmingham, AL. She directed her first short film at the age of 17. Now a director/writer based in Los Angeles, CA she aims to bring authentic and profound stories of Black women to the forefront of her lens. Currently working at Shondaland, Eboni’s previous work includes projects under Bad Robot, Legendary Pictures and BET Productions. She has been named a 2020 Finalist in the Sidewalk Film Festival for her script “Pandemonium”, chronicling the effects of Covid on Black families and has had other work featured in Reel Sisters Film Festival, HuffPost, Shadow & Act, and Black Enterprise. Her 2016 web series, #Adulting, was named a semi-finalist in Los Angeles Cinefest and is now streaming nationwide on Tubi. Eboni is a Howard University Alumna in which she received her B.A. in Film Production.