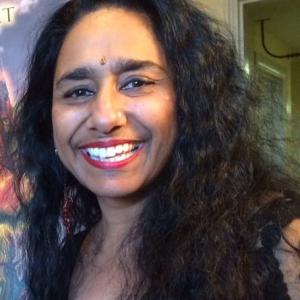 Award-winning filmmaker, screenwriter Arun K. Vir loves to write stories that capture our hearts and minds... particularly voices of the unheard. Academy Nicholl Fellowship Finalist, Arun's screenplay, Suburban Turban explores identity in America; straddling two cultures, asking "am I American enough?" and who decides. Inspired by her experiences as "reader" for the Nuyorican Poet's Cafe, New York City, Arun wrote her screenplay THE LAST WEEKEND. It earned her the prestigious “Directing Workshop for Women Award” sponsored by the American Film Institute. Arun moved to Los Angeles to direct her film. The Last Weekend, starring Suzanne Douglas (“Parenthood”) won “Best Short” at the Pan African Film Festival and screened at festivals in the US and abroad. In 2002, Vir was named one of HBO’s “Women to Watch”. In 2008, she completed her film, UNFINISHED, a drama about a young South Asian-American woman who is forced to reconcile her relationship with her estranged father. Having penned several features, Arun's coming of age dramedy, Suburban Turban was voted (from 6,900 scripts) as FINALIST by The Academy Nicholl Fellowship in 2016. Arun returned with her short script, RESET, a story about addiction and recovery through the eyes of a mixed-race, Indian-American teen. RESET garnered awards and screened at Film Festival including Channel 4's British Urban Film Festival in London, RESET placed at several festivals abroad and in the US making its premiere in Feb 2016 at the Pan African Film Festival in Los Angeles. It was voted Winner-Programmers Award. RESET was Nominated by the African Movie Academy Awards in 2016. She has penned several genre features and in 2018, Arun was selected Finalist for the Humanitas New Voices program based on her one hour dramedy, MONA SINGH.

American-born top knot teen, Ravi Singh wants nothing more than to win the ultimate Spin DJ competition, date a girl in his neighborhood and fit into society. But his traditional father wants him to prepare for a centuries-old turban tying ceremony.