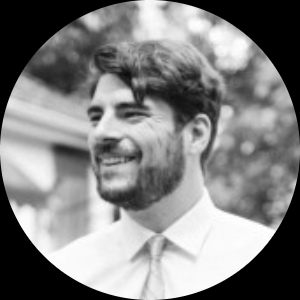 Thomas Yungerberg grew up in Atlanta and went to college in Rome Georiga. He won an Emmy from the Southeastern Academy of Television Arts and Sciences for a web series he wrote and produced. He moved to Los Angeles where he's workshopped and written scripts for production companies including Seine Pictures and Flight House Media. His screenplay GROSS PROFIT won the grand prize for the ISA's dramatic screenplay competition in 2021. Thomas adores giving voice to overlooked perspectives and has a passion for niche and absurd topics. He premiered his first stageplay Kill All Politicians in the 2016 Hollywood Fringe Festival, and a filmed version of the stageplay was recently made available on Amazon Prime Video. In addition to writing and production, Tom designs board games, does voiceover work for videogames, and spends time teaching speech and debate to elementary and middle school-age children.

An entrepreneur and his misanthropic brother make a living by disguising suicides as freak accidents for their clinically depressed customers, but when the daughter of a former client returns, their business model spirals out of control.

When a washed up actor breaks all known laws of physics and begins to float away in the middle of downtown Los Angeles, the world watches as he tries to make peace with his son before it's too late.

A bumbling yet eternally optimistic man struggles every single day to be the best dad in history.

I BRING THE SWORD

When a group of cultists opens a portal to hell on the top floor of a self-storage building, a devout security guard must fight his way through hordes of demons to close the demonic gateway and stop the impending apocalypse.

A washed-up Michelin star chef moves to Peru to reawaken his love for cooking and to save a struggling restaurant.

After a heist goes wrong, a young cocky getaway driver is thrown into the center of the galaxy's most dangerous and corrupt racing league.

A high schooler desperate to make friends sets out on a road trip to Bend Oregon with a group of social misfits to return his deceased father’s VHS to the last remaining Blockbuster in the world.

When she’s told that her college application doesn’t stack up, Lauren Brooks wrangles together a misfit team of athletes to coach in an upcoming powerlifting competition, but she soon learns just how absurd and extreme the sport of powerlifting can get.